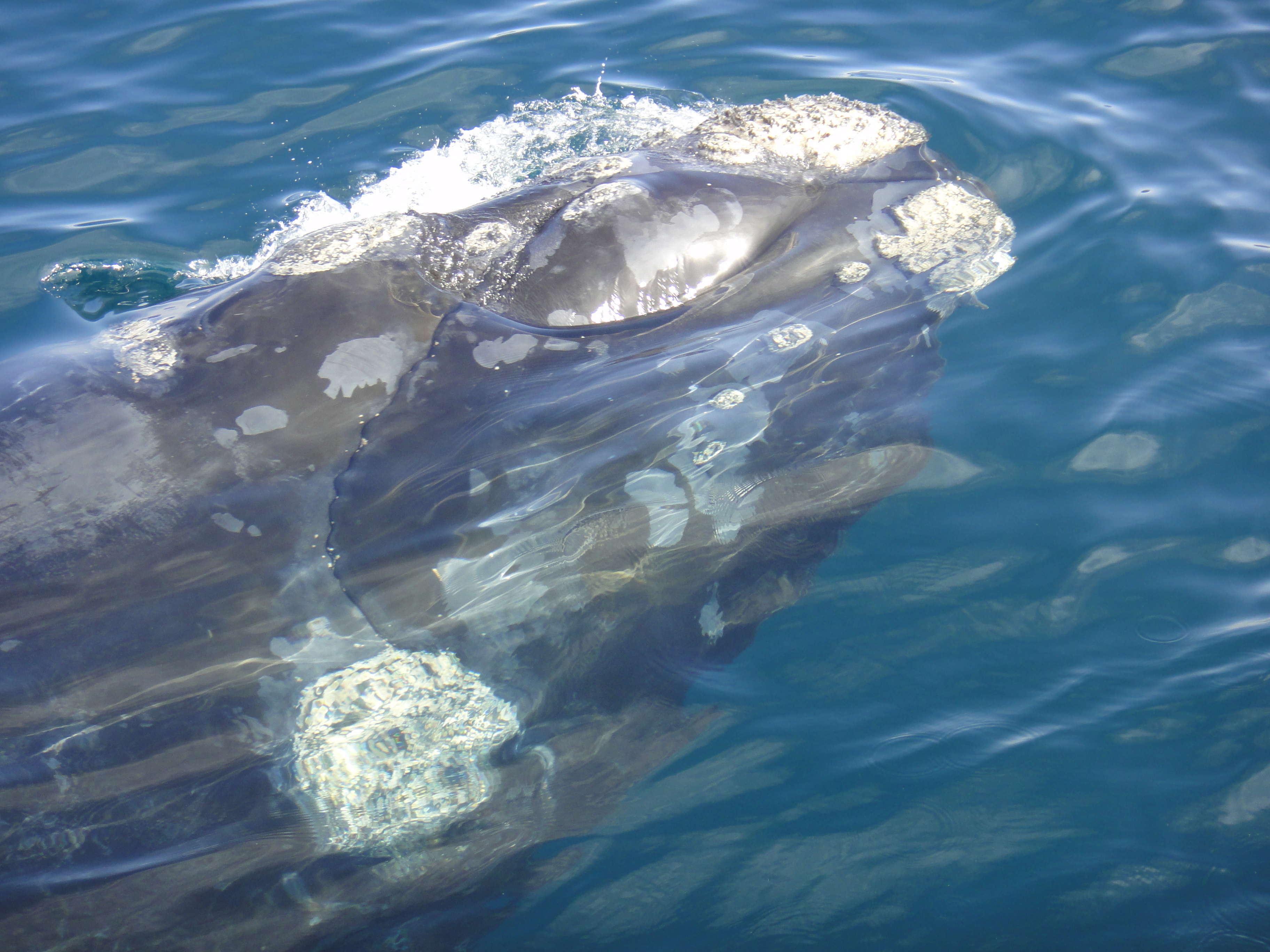 Recently in the news, right whales have been spotted off the East coast of Canada, which has forced the closure of several large areas of New Brunswick fishing grounds, presenting a major positive effort towards protecting these animals. $150 million over the next five years has also been dedicated to helping fund the search.

The Department of Fisheries and Oceans (DFO) are conducting flyovers over the vast 460,000 square kilometres, and so far, 27 right whales have been spotted. Jean-Francois Gosselin, a biologist with the Fisheries Department, talked to Global News about the challenges the searchers face.

“The planes are flying between 800 feet and 1,500 feet off the water and the observers are just looking out the windows and visually detecting whales,” he said.

Many different research groups, government agencies, and volunteers are on the lookout for right whales. Consolidating all this information so conservationists can track the whales is difficult, a problem that was identified by Hansen Johnson, a Ph.D. student in oceanography at Dalhousie University, and part of the MEOPAR Whale Project.

He created a solution, WhaleMap, an interactive online map which compiles data from different research teams, to help people make sense of all the data that was coming in.

“It originally started as a means to track the location of our hydrophones, and it got shared around and kind of grew from there. Now we want it to be this authoritative source of information on right whale location,” he said.

Despite the success of the map, which has support from the DFO who send their data to appear in the map, Johnson’s main area of focus is hydrophones. Hydrophones are “autonomous underwater gliders”, which use sonar to help locate whales as they communicate with each other.

“Visual checks are traditional, but the challenges with that are many. They’re quite expensive and limited by weather that makes it hard to see, and you can only go out for short periods of time,” he said.

“Our research group didn’t have the money to do visual searches so we decided to invest in these gliders. The nice thing about [hydrophones] is you can put them out for weeks at a time, they can cover a large area, they’re monitoring acoustically 24/7, and they can communicate the information back to shore at near real time.” – Hansen Johnson, a Ph.D. student at Dalhousie

An added bonus is the gliders can also test the ocean waters and take samples, which Johnson says he hopes to use to help “understand how whales are interacting with their ocean environment.”

Johnson said the Canadian government has been a big supporter of his project, and are taking this “conversation situation very seriously.”

“It’s been wonderful in its ability to provide information to industry, like fishing and shipping. I’m hopeful we will be able to continue to get information to all those communities and continue to work together to make it better.” – Hansen Johnson

WhaleMap can be found at whalemap.ocean.dal.ca

The DFO has a link to the map, which they have combined with information about the fisheries closure: http://www.dfo-mpo.gc.ca/species-especes/mammals-mammiferes/narightwhale-baleinenoirean/alert-alerte/index-eng.html

The Cost to People

In new measures announced recently, fishermen in the closed fishing areas have until 5 p.m. on Wednesday, June 6 to remove all their fishing gear from the area. Additionally, right whales were found in five new fishing zones, which resulted in their closure as well.

“Once the whales migrate away from the area, then fishing can continue. But if whales are in the area then it is just too risky. » – Sean Brilliant, senior conservation biologist for marine programs at CWF.

The prolonged nature of the closure has lead to the Maritime Fisher’s Union to appeal to the DFO for some relief, to allow lobster fisherman to still work in waters of up to 18 meters in depth. The petition was rejected.

Despite frustrations mounting, the closure is also to the benefit of fisherman in the long run, according to Brilliant.

“The US governments have just decided that you cannot import seafood into the US unless you meet their standards for avoiding marine mammal bycatch,” said Brilliant. “Last year we killed 12 right whales, 7 of them due to entanglements, if we killed 7 more it would be entirely possible the US government would say, ‘thanks but no thanks’ to Canadian crab and the crab fishery would effectively be out of business.”