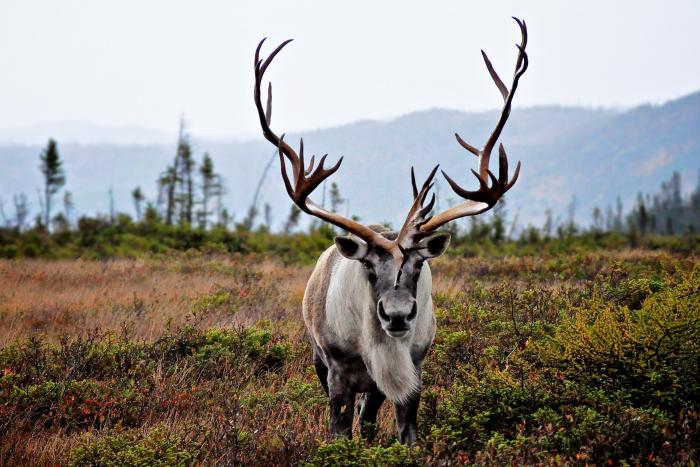 Peter Mather has been hunting the Fortymile caribou herd for years. However, Mather is not armed with a gun. Rather a camera and a hope to see this once great spectacle which has been reduced to a mere fraction of its original magnitude.

A hundred years ago, the Fortymile caribou coursed across Yukon and Alaska. Then, over decades of decline, they retreated as their numbers dropped into smaller and smaller areas. But in recent years, they have returned to their natural homeland, inhabiting an area roughly the size of Nova Scotia, stretching from Fairbanks to lands in the Yukon.

In 1920, the famed migration of this species was witnessed by acclaimed wildlife biologist Olaus Maurie. At the time it was one of the largest in North America, with a population around 550,000 in size. Fast forward to the 1970s, and their numbers had dropped to just 6,000.

This rebounded to 20,000 in the 1990s, but Steve Taylor, chief of the Tr’ondëk Hwëch’in First Nation in Dawson City, believed more could be done. Working with Alaskan official

s, he was able to build a grassroots organization which was dedicated to seeing the restoration of the Fortymile herd. With that goal in mind, he helped implement new policies such as working with mining companies to protect habitat at key times such as breeding periods, and for stricter limits on hunting to be imposed.

The results were a glowing success, and in 2013 with the population at an estimated 50,000, the herd made their migration for the first time in years. Mather was lucky enough to see it overhead through the window of a small plane.

“We felt like we’d hit the jackpot It seemed like the entire Fortymile herd was funneling through the valley where we had just landed.”

Feature photo by Jonathan Anstey, a CWF photo contest submission. Note this is a woodland caribou.