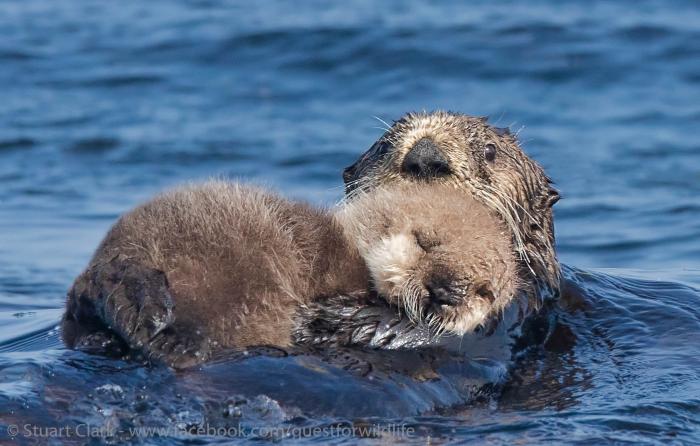 After being hunted to extinction in the 1930s, sea otters have made a miraculous return off the coast of B.C. Since Linda Nichol, a marine biologist with Fisheries and Oceans Canada started counting otter populations in the early 2000s, their numbers have almost doubled.

Whilst this is good news for otters and researchers like Nichol, this is bad news for other species, including humans. Sea urchins, amalones, crab and other species experience severe drop in numbers, due to the fact sea otters must eat a quarter-of-their-bodyweight daily  (a typical Thanksgiving meal) to survive the cold ocean temperatures.

This has a knock-on effect, leading to the massive growth of kelp forests ­– good for fish species who feed and shelter in this vegetation. However, humans, particularly First Nations people, are suffering as a result of the resurgent otter.

“I haven’t eaten a sea urchin in 10 years,” said Joe Martin, reflecting on the impact of the otter’s return on his lifestyle as a member of the Nuu-Chah-Nulth First Nations.

In response, plans are being made, and traditional hunting practices adopted, to try and reintroduce the balance between otter and human which First Nations people claimed once existed.

Read more about how the resurgent otter’s return to the B.C coast, and what effect this is having for the people who live in the area, in Canadian Wildlife magazine, Nov + Dec 2016 edition.