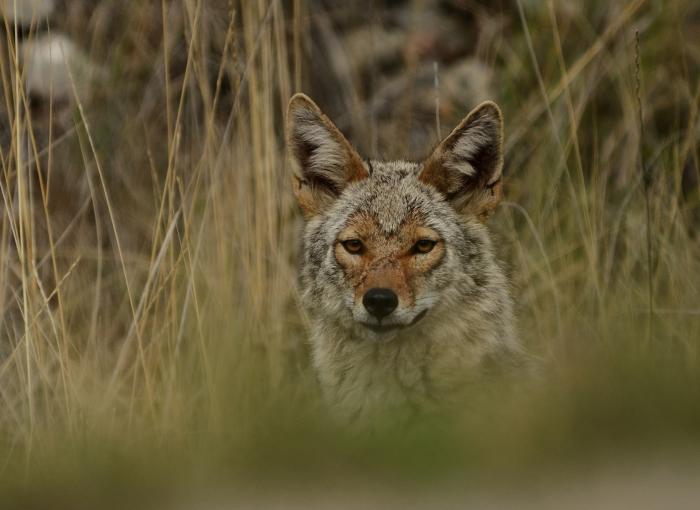 The dew glistens in the early morning sunlight peeking over the horizon, your breathing heavy and forming mist in front of your face. Suddenly emerging in the pathway ahead of you, a slender figure. Wily and wild, a small a coyote appears.

“I stayed about 20 feet behind him and never felt threatened. We connected somehow – it felt natural, » said Robert Staley, who had this unique encounter one morning whilst running around Vancouver’s Pacific Spirit Park.

Encounters like this are charming and innocent. But combined with their increased range due to climate change and their frequent contact with humans in urban environments, coyote encounters with people have become a worrying problem cities have to manage.

Attacks on humans are rare, but coyotes have been known to steal small pets, such as dogs, sometimes while the owners are walking them on a leash. Coyotes can be pushed to this behaviour by a disease which makes them more desperate, and scavenging/being fed human food, which makes them bolder.

Nowadays, cities are favouring education programs which teach co-existence and awareness of how to deal with coyotes. But, this is a big change from previous policy, between 1947 and 1956, the U.S. Fish and Wildlife Service slaughtered millions of coyotes in the western United States.

Our relationship with coyotes has evolved and adapted, as they have to our presence. We will need to continue to find ways to do so if we are to peacefully exist in urban environments.