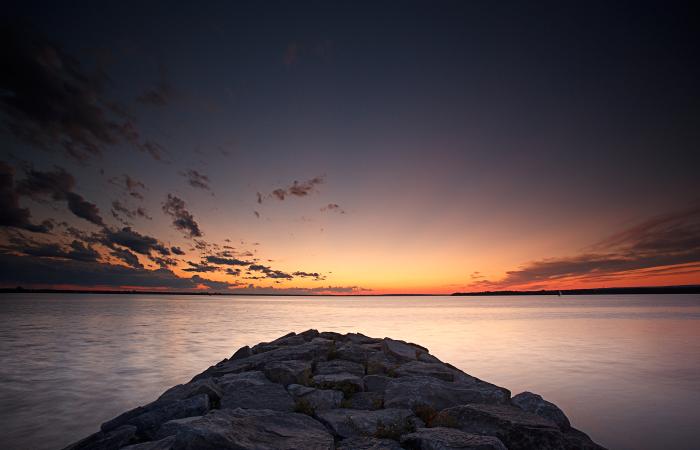 Some people may be reassured to know American eel populations have decreased by 99% since the 1970s. Nicolas Lapointe, a senior conservation biologist in freshwater ecology with the CWF, attributes this to “North Americans [having] this weird hatred of snakes or anything that looks like a snake.”

Let’s face it, they’re not very cute. But the impact their declining numbers has on their ecosystems is massive. American eels are a major predator in their ecosystem, they eat small fish, frogs, and a range of small invertebrates.

While this may make them sound evil, this is important to regulating populations of those smaller creatures and preventing over-population, which would damage their habitat and effect millions of lives along the shorelines of the waters they travel through.

What is the deadly force that is killing off all our poor eels? Dams. American eels make an incredible journey annually. They are born as eggs off the coast of Bermuda in the Sargasso Sea, and then the weather warms in Canada, they migrate north from their Atlantic home down the St. Lawrence and Ottawa rivers, sometimes as far west as Lake Ontario.

Dams consistently divide the water flow along the journey, and these obstacles present massive challenges to eels who are trying to travel in between their mating grounds and their home on the waterfront. Sometimes there is no free passage through the dam, so eels have to travel through the canal and lock system which stretches along the Ottawa and St. Lawrence River. Too often though, they get sucked into the dam turbines and perish; 26% of all eels who make the trip back to the breeding grounds in the Sargasso Sea die at the Saunders Dam in Cornwall.

Despite the journey seeming hopeless, American eels are finally getting some much-needed help. Through advocacy and legislation, hydro-power companies are starting to make passage through dams easier for eels, notably at Chaudière Falls on the Ottawa River, by slowing down the water flow, making it harder to get pulled into the turbines, and introducing a “fish bypass” system.

According to Lapointe, more needs to be done to recognize the endangered status of eels, and ensure hydro-power companies are being held responsible.

“It’s not realistic to think they will stop killing eels in 10, 20 or even 50 years. But they can reduce how many eels they are killing. And the government response statement is a key opportunity to set a standard.” – Nicholas Lapointe 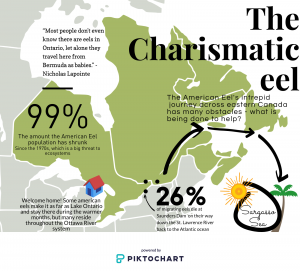