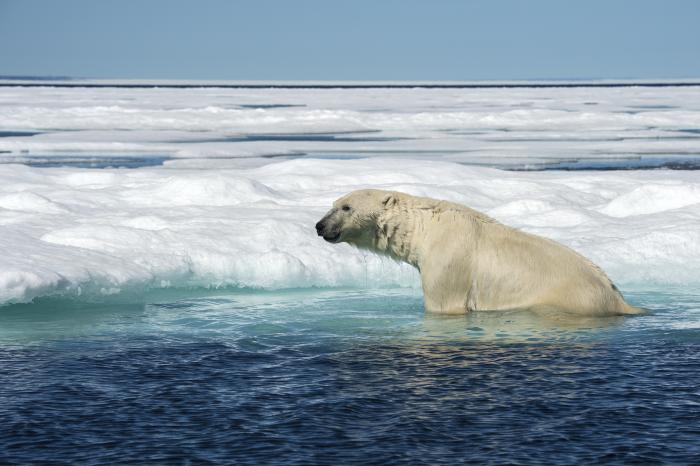 Joel Heath studies Hudson Bay sea ice, especially the impact of changes on eider ducks. Now he’s brought Google Street View to the region – so you can see too.

The eider is essential to certain groups of northern Indigenous people. Sanikiluaq, a community of 850 people on the Belcher Islands, off Quebec’s Hudson Bay shore.

“We thought it would be a compelling way for people to experience the sea ice for themselves and learn about how the hydrologic cycles has shifted,” he said.

Hydro dams built by Hydro-Quebec, plus climate change means water flow from the rivers fuelled by the Hudson Bay are affected. This has resulted in irregular and often dangerous ice conditions, an environment many animals, such as beluga and orca whales, and people depend on for survival.

Read more about the plight of the eider duck and how the very ground beneath their feet is shifting in Canadian Wildlife magazine, Mar + Apr 2016 edition. Or see the conditions for yourself at articeider.com