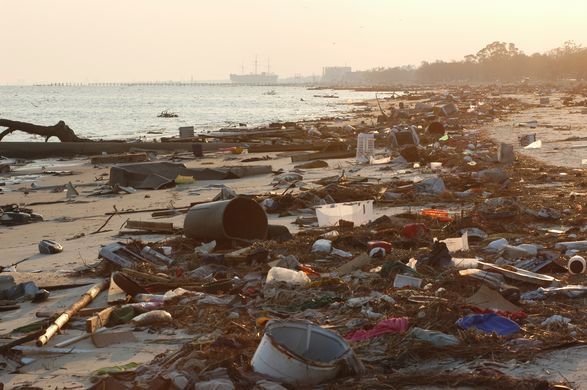 Everywhere you look, you see plastic. It’s in all our products, in the packaging that wraps those products, and in the garbage bags, we throw that plastic out into. Now, research has revealed, it is also inside the stomachs of marine creatures, and as a result, is ending up in our stomachs.

Depending on the report you read, there are anywhere from 150-250 million tonnes of plastics pollution in the ocean, and 8 million additional tonnes is added a year.

Where is all this coming from?

About 50% of every new car is made of plastic, and more than a quarter of each year’s global plastic production, roughly 80 million more tonnes is made for plastic bags, which are made to be thrown away.

Plastic is made up of man-made fibers known as polymers which are constructed of primarily gasoline. Larger plastic items, such as plastic bags, break down in the ocean and sunlight into tiny microplastic fibers which are near impossible to get rid of.

Since plastic is made of super-durable polymers, there is no way to destroy it, which means any plastic that enters the ocean will be there for hundreds of years.

Where is it being found?

In the stomachs of fish, seabirds, mollusks, zooplankton, whales – essentially any species in the ocean.

By extension, as an increasing amount of species consume plastic, and it makes its way up the food chain, that means humans are also susceptible to consuming species who have consumed plastic – and having that in their own systems.

« A UN agency, GESAMP, released a report which said there is not enough known about what it can do people’s health. »

It has also made its way into freshwater. Anthony Ricciardi, a professor of invasive ecology and aquatic ecosystems at McGill University recently uncovered in the St. Lawrence River. He said the problem is so widespread, he predicts every urban watershed contains microscopic plastic population, and that plastic pollution should be given its own moniker: “plastron.”

« In 2015, the G7 group of developed nation as warned that plastic marine litter poses a global challenge. Several jurisdictions are already taking steps to mitigate issues. »

Read more about how plastic pollution is making its way into every aspect of life in Canadian Wildlife magazine.